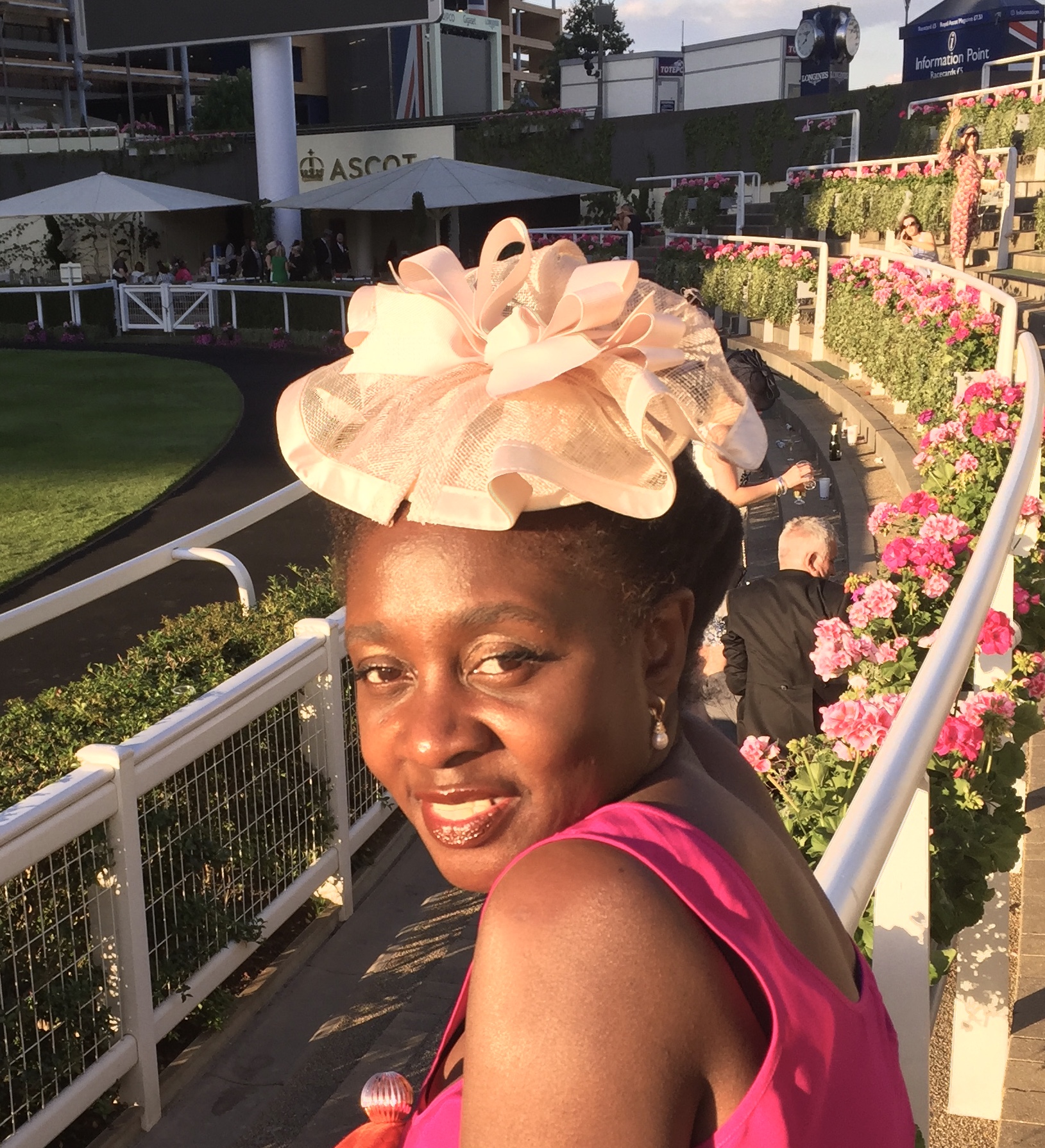 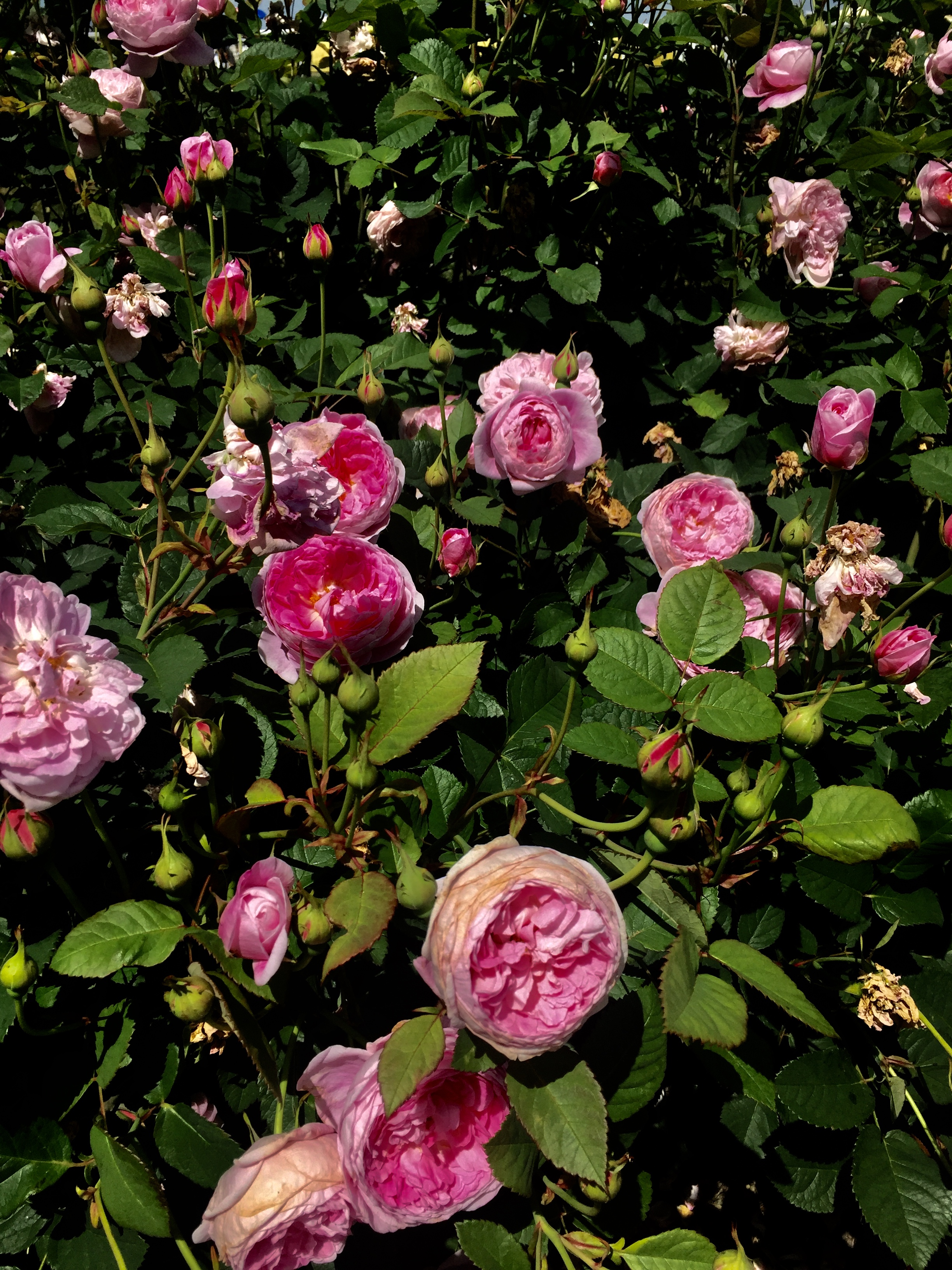 The racecourse was sounded by these beautiful rose bushes

Everyone knows that fashion is notoriously fickle with today’s fabulous tomorrow’s faux pas but we are all accustomed to it and at the end of the day if it all gets too much we can simply ignore it, right?  It would appear that other areas of life are subject to the ebbs and flows of fashion and that includes fitness and for some reason, it always irritates me.  I remember years ago being told to run very slowly by one of the trainers in a gym I used to attend.  I found this so boring and I would speed up as soon as his back was turned.  It was either passive resistance or I would have stopped attending the sessions.  I think I did the right thing, but over the years, my inability to engage with all aspects of running training is now costing me.  By that, I mean that I have never done the work that runners usually do including fartlek/speed training or core work.  I only enjoy one form of running and that involves long easy runs. This has not been a problem for me until perimenopause and menopause because my body is accustomed to the way I exercise hence the endless plateaus. 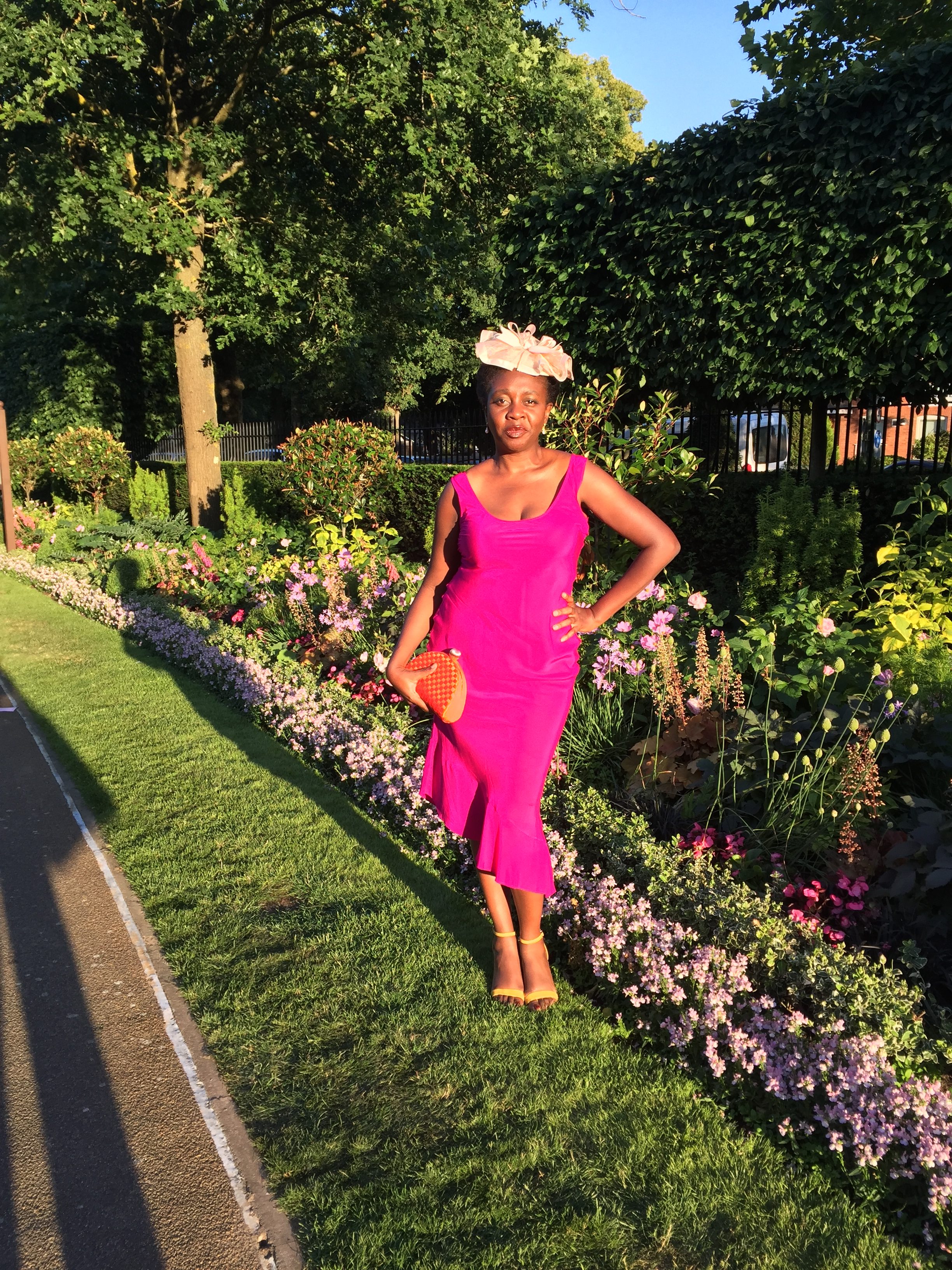 Ladies Day, Ascot 2018 and me in my final outfit of choice

I had planned to do something about this and tried to book sessions with personal trainers in my current gym.  The trainers I reached out to were fully booked or unable to do the time slots I requested.  So I reached out to trainers in gyms in adjacent areas.  Some failed to respond to emails.  On one occasion, fed up of not receiving a response I actually visited the gym in person.  I will not name and shame the individual concerned, but I really regretted visiting in person and vowed never to ever set foot in that establishment again.  And then I decided to look further afield and consider Lee Valley Athletics Centre.  To my astonishment, Dwain Chambers was listed as one of the personal trainers and I was immediately drawn having followed pretty much his entire career on TV.  Concerned about the celebrity factor, I dismissed the idea and started looking at the other trainers.  I still could not make a decision so I put the matter to one side. 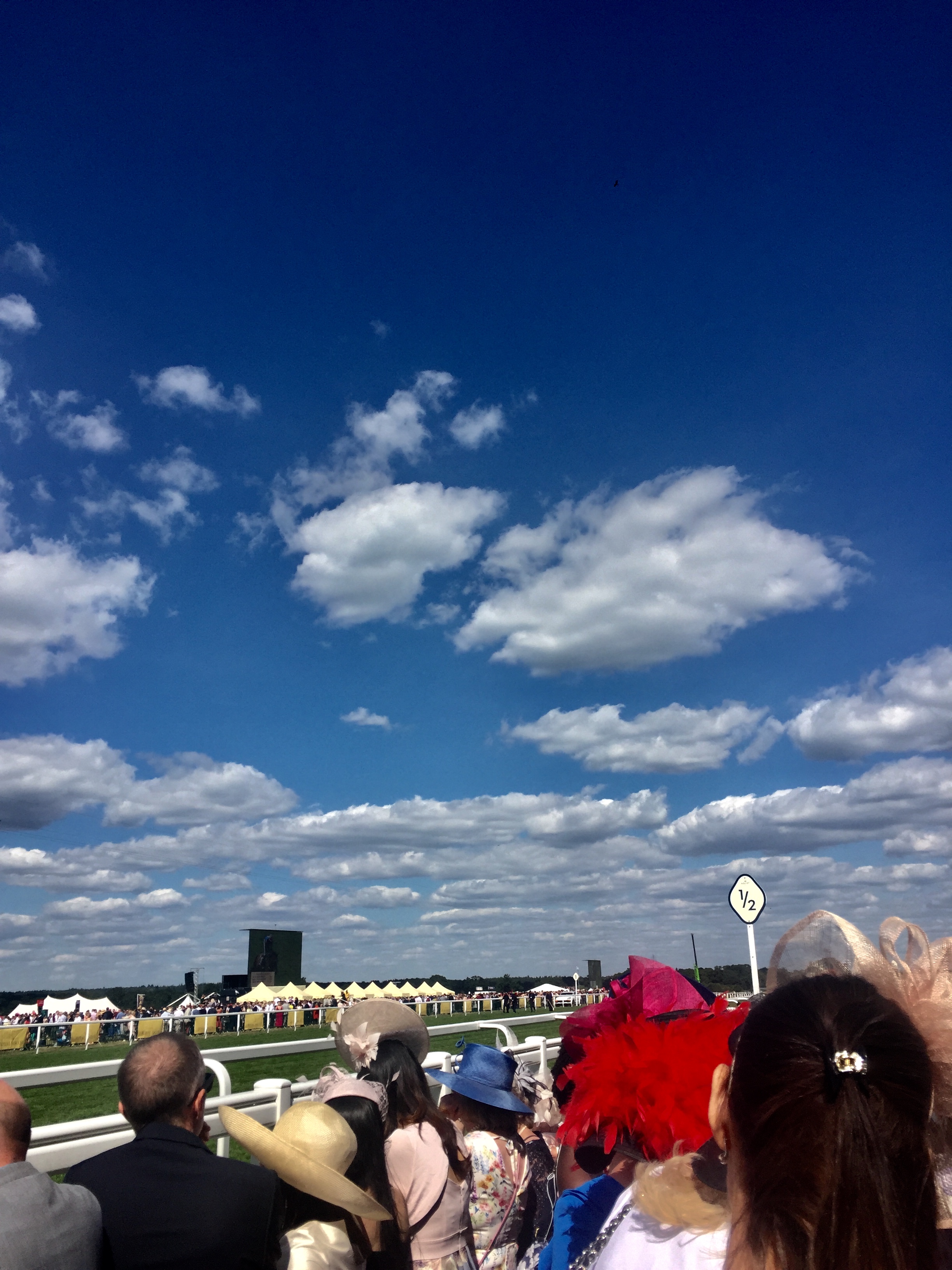 The crowds watching the races on Ladies Day, Ascot 2018

A while later, I raised the matter with my friend and we talked about the pros and cons.  I was worried about being too nervous about his celebrity status to get much out of the sessions.  I was concerned about being inappropriately familiar bearing in mind the fairly blanket press coverage that Dwain Chambers has had in his career.  I thought it would be dishonest to pretend that I had not read and seen all of it.  After a lot of back and forth, she reminded me that life is too short to rule out one’s first choice in such situations. 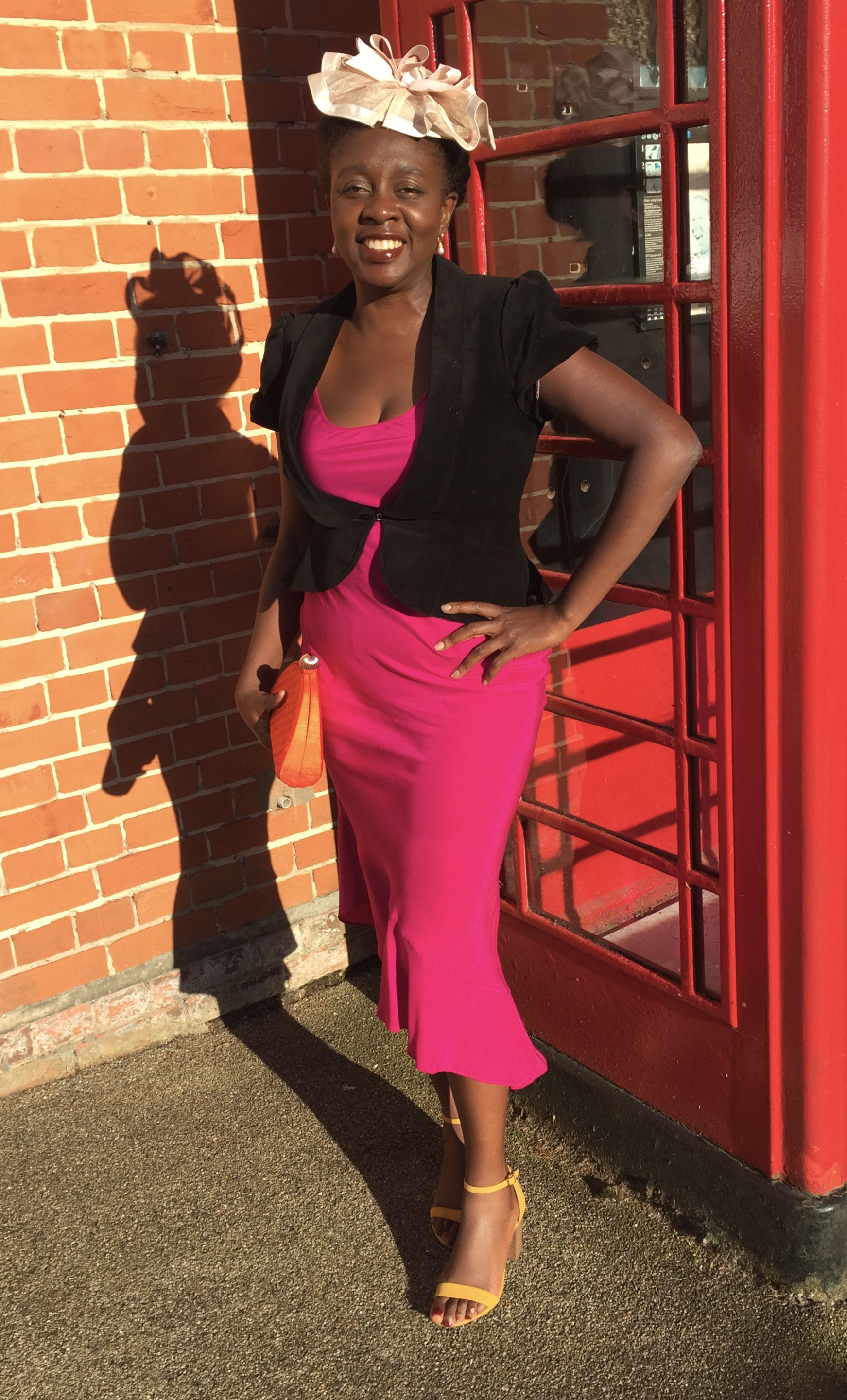 My full outfit for Ladies Day, Ascot, 2018 including a little jacket to combat our lovely up and down British weather

Having made my decision, I then telephoned Lee Valley to clarify some final points and then I wrote an email and pressed the send button.  This all happened in the run-up to Ascot and as you recall I said in my last blog that I would report back if anything interesting happened.  Well, nothing much happened that’s worth reporting.  I had one drink but managed to avoid the fish & chips queue.  I was really close to buying a really delicious looking cocktail, but I knew that I was dehydrated so I decided to hold fire until I had re-hydrated. 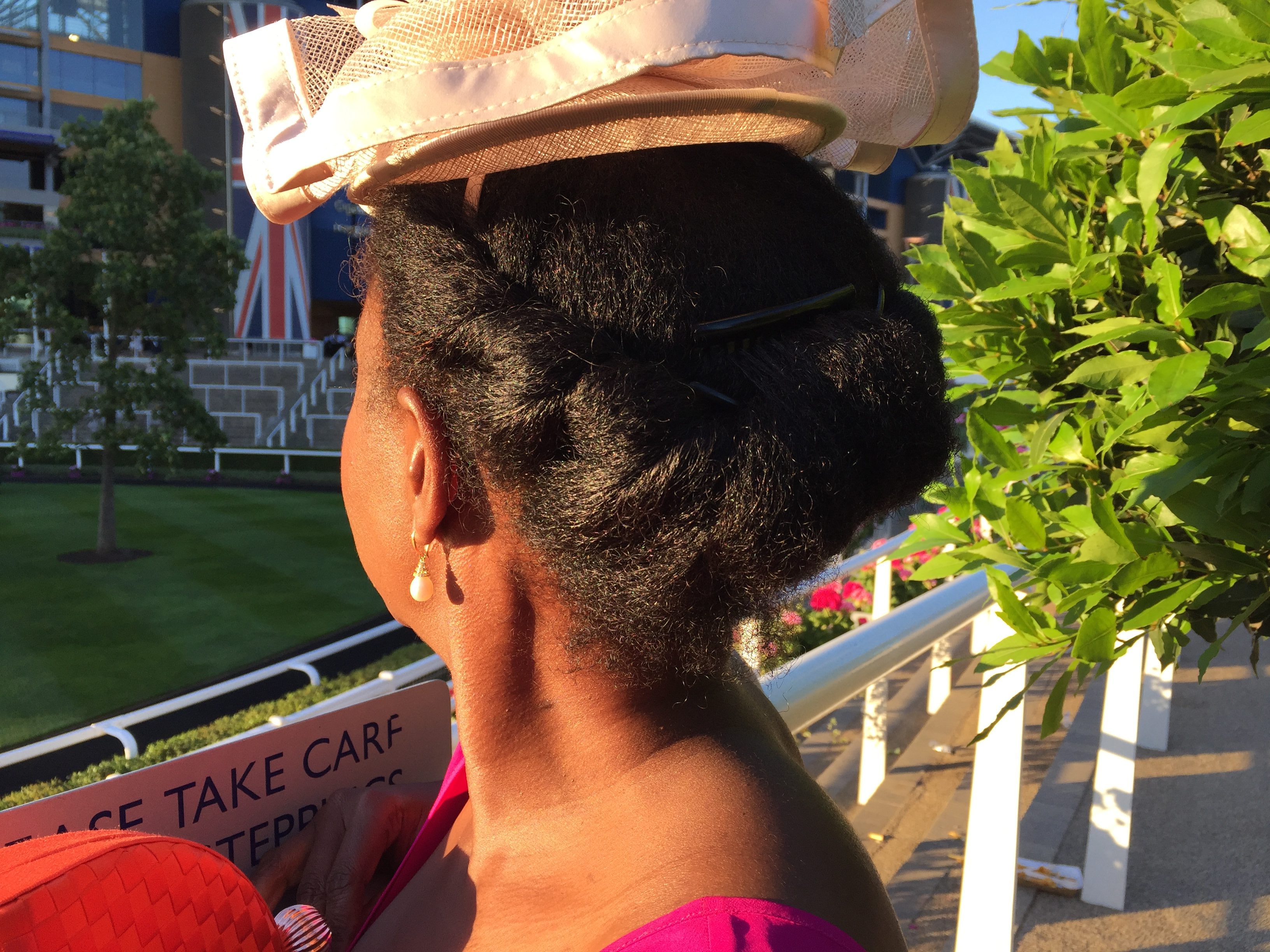 Instead of doing two strand twists, I simply rolled my hair up and secured with hair slides

When my friend and I planned the day, we agonised a bit about transport.  Did we hire a car and driver for the day or would we be better off travelling via public transport?  Public transport was the choice of the day and I was happy with the smooth journey both on the Tube to Waterloo Station.  The train from Waterloo Station looked like a film set with so many smartly dressed ladies and gentlemen plus the signage that had been put up for the day.  I really need to learn to be a lot bolder as a blogger and not be shy about asking strangers for photographs as I would have had some photographs of the people on the train to share with you.  Instead, I will share more photographs, than usual, to give you a feel. 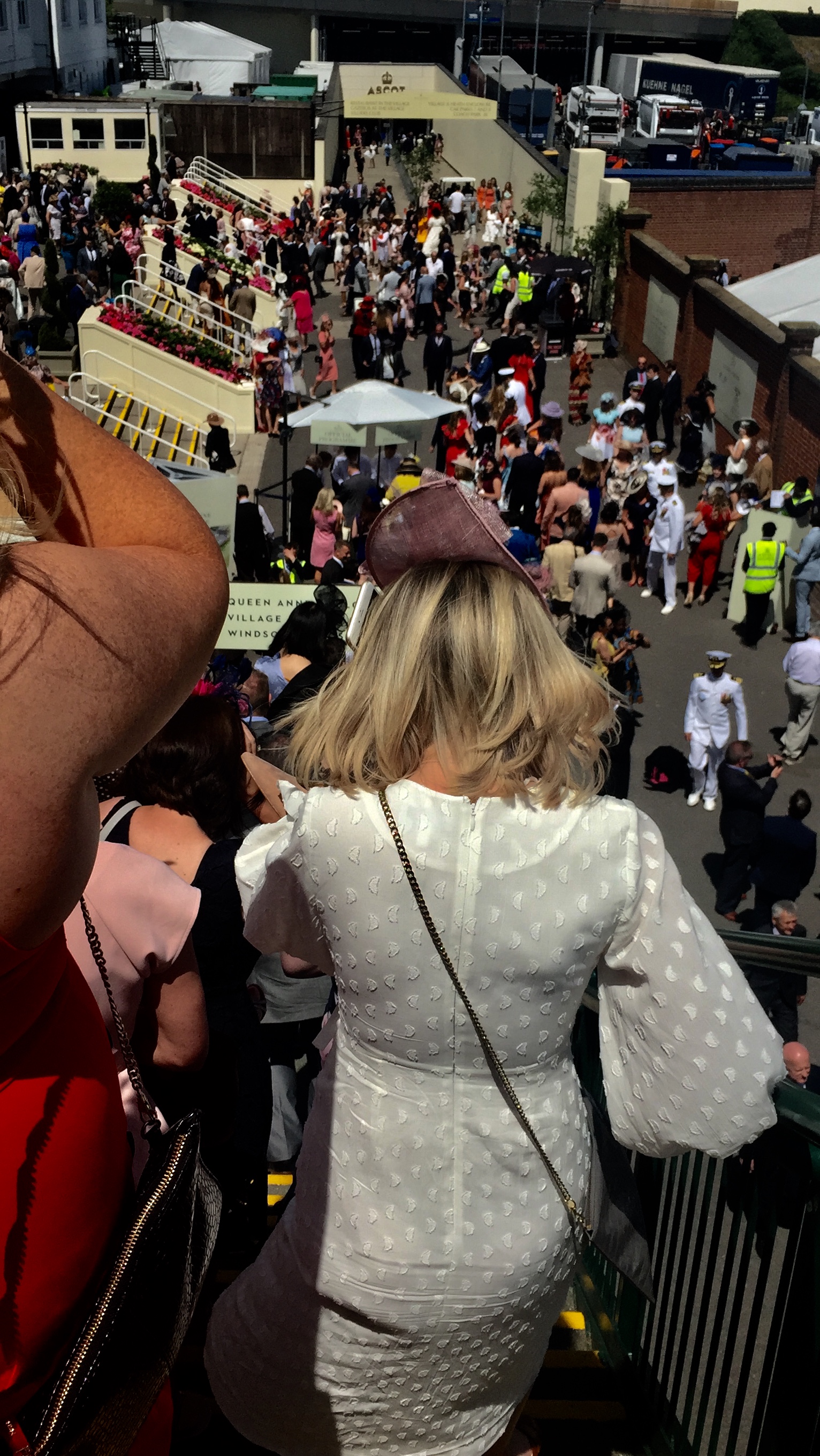