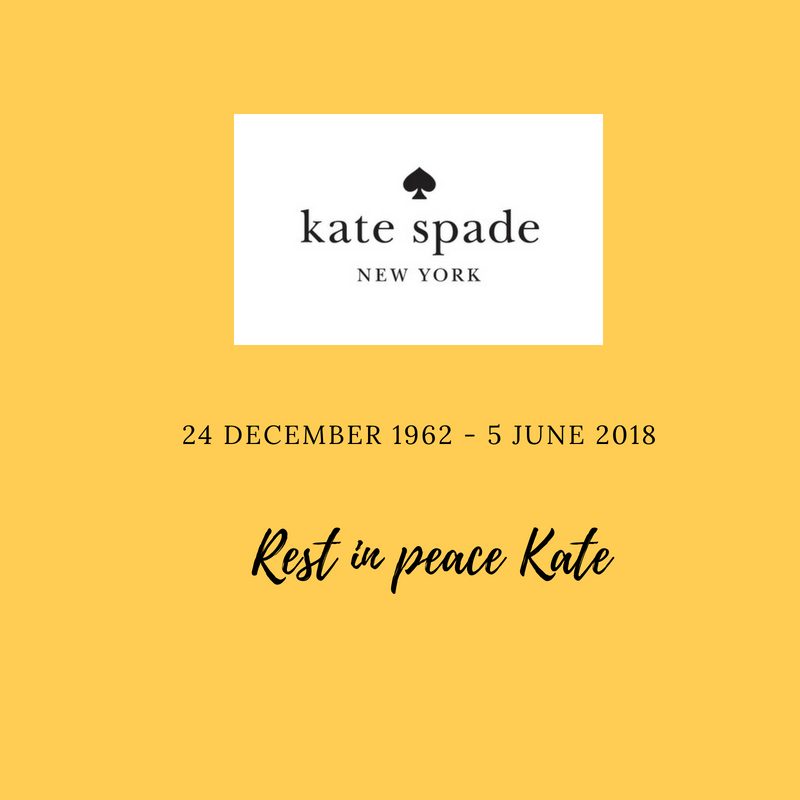 Date: Saturday 9 June 2018: I now weigh 157.2 lbs meaning that I on my way down from my last catastrophic yo-yo upwards.  Once again, with Ascot looming, I am going to have to make a plan B, C and possible D in terms of what to wear.  I hope that I can get back under 150 lbs before Ascot.  I know that will mean losing 8lbs in about 10 days so I have my work cut out. This week we learnt of Kate Spade’s passing by suicide on 5 June 2018.  It got me thinking about other vulnerable artistic types who died by suicide namely L’Wren Scott 28 April 1964 – 17 March 2014 and Alexander McQueen 17 March 1969 – 11 February 2010.  It made me wonder whether creative people are more prone to suffer from mental health problems and also whether the link between the drop in hormones that occurs before, during and after menopause should be incorporated into our sex education.  Apparently there are lots of women the world over who are taking anti-depressants to combat the gloom that can be part of the menopause process. Could it be that it would be more beneficial if such women came off their anti-depressant medication and instead went on hormone replacement therapy? – hopefully bioidentical HRT.

I have had my share of tough times especially in the UK and I have had to lean heavily from time to time on the Samaritans.  When I first learnt that the only way I could have a child was via IVF because of my partner’s condition, that news sent me on a downward spiral for many years.  I survived by placing one foot in front of the other through the treatments and then the miscarriage.  While I would not claim that I was suicidal, there were many times that I contemplated my position in the world and wondered whether my not being here would make a difference to anyone.  I felt like I was just taking up space for no good reason.  I remember that I was in a bad place after my father passed away in 1998 but somehow the IVF process was and remains especially painful.

Before I set up this blog, I used to take photographs like anyone else and depending on my weight at the time, I never really went back to look at them.  Since setting up this blog however, I have had to try to take more photographs and look at the older ones that I have taken.  A lot of the times I can tell how happy or unhappy I was in the pictures and there is usually corresponding weight gain or loss.  These days weight gain and bad times seem to go hand in hand for me.  This is because I pay less attention to my eating during these times but often the first thing to go is my exercise routine.  There is something about exercising that not only helps to keep the pounds at bay but helps me cope better with stress, pressure and the suffering that is part and parcel of being a human being.

Last year was a case in point.  As usual with me I started the year with a heart full of hope and optimism but gradually things began to fall out of place.  At first, I just brushed off the disappointments and kept going but by spring I was struggling to cope.  I fell off the exercise wagon and then the healthy eating and in no time at all I had gained close to 20 lbs – you can click on the following link to read more about that terrible yoyo upwards https://www.theyoyochronicles.com//weight-loss-blog/royal-ascot-ladies-day-26-june-2017-and-nearly-20-lbs-up/

On my return from Saipan from holiday in April this year, I had gained 1lb which was fine.  With the benefit of hindsight, I should have gone straight into a detox eating plan of sorts and back to the gym as soon as possible.  Instead I carried on putting work first and in no time I was up 12 lbs from gradually letting too many carbohydrates back into my diet.  While I have not gained 17.6 lbs this time around, I did gain 12 lbs and I am sad and ashamed that having started the year only 3 or 4 lbs away from no longer being overweight, I am now battling to come down from yet another yoyo.

At 157 lbs, I am still 8lbs heavier than I started the year at.  However, after my experience in 2017, I wonder whether the fact that I was in a better place this year mentally helped me to snap out the spiral faster.  I know for a fact that often the worse I have felt the more weight I have put on because the more likely I am to have duvet days, binge watch TV and generally refuse to leave the house.  The more I slob around the house in those circumstances, the more I get sucked in, the less I exercise and the worse I feel and it goes on and on.

I am so sad for Kate Spade’s family for their terrible loss.  Aged 55, she was probably experiencing menopause in some shape or form and we all know that menopause can excacerbate existing mental health problems or bring them on altogether.  Menopause also can make women feel like they have even less control over their bodies including loss of muscle, muscle tone and weight gain.  This loss of control of one’s body is horrible in any context.  Kate gave so much to the world via the iconic business called Kate Spade that she set up with her husband, Andy Spade and then sold off in 2006.  After some time off work following the birth of their daughter in 2005 Kate looked set to repeat the trick with a new fashion brand launched in 2016 called Frances Valentine.  Sadly, we will not get to see her journey with this new brand.

There is clearly more to life than career success in any context.  We all need to pay special care and attention to our mental health because life is full of pain and suffering. Hopefully, there will be no more pain and suffering for Kate and she can now rest in perfect peace with L’Wren Scott and Alexander McQueen. 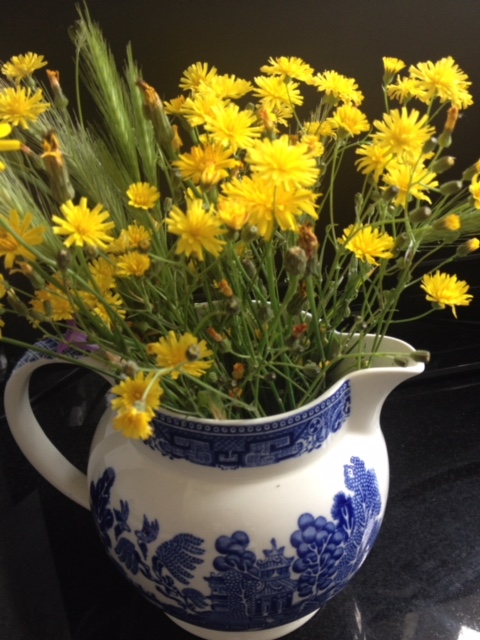