By JulieMarch 24, 2018Culture, Lifestyle, Menopause and weight loss, No to the YoYo, Travel, Yes to stable healthy weight 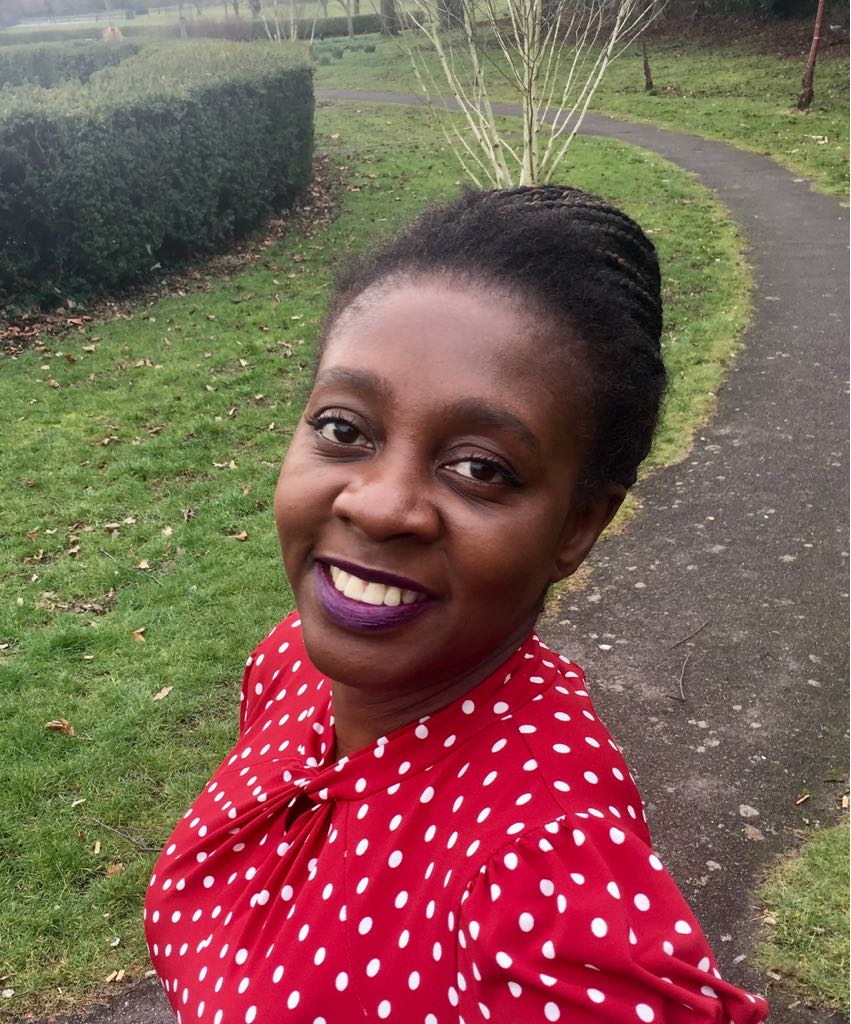 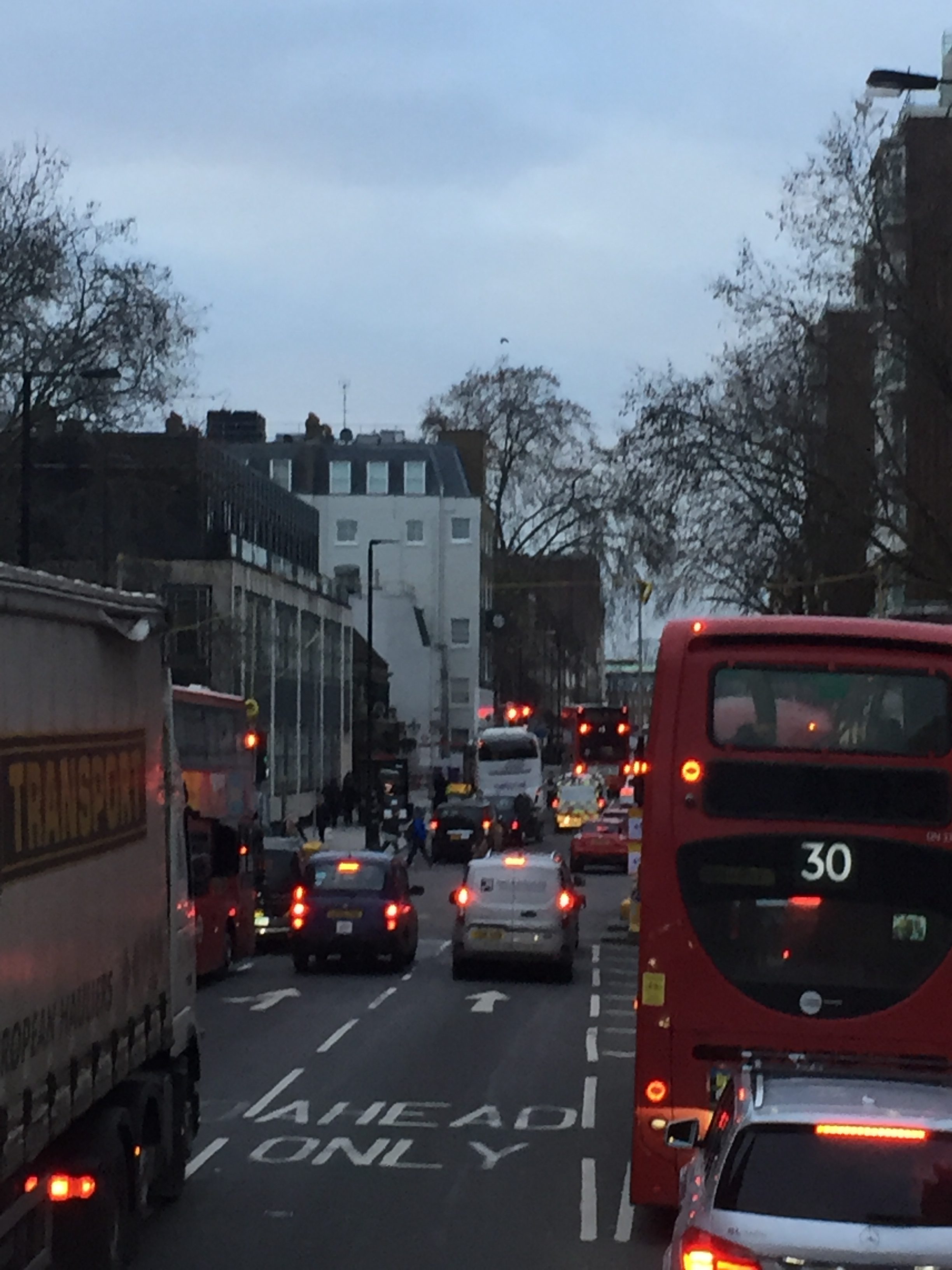 Even though I was rushing around the day before I was to travel, I still enjoyed a ride on the top of a red London double decker bus. I took this picture near Marylebone.

Date: Saturday 24 March 2018
Current weight: I don’t know what my current weight is as I decided to declare myself officially on holiday on Friday 23 March. I have decided that I am not going to worry about my weight for the duration of my holiday either. The plan is to up my intake of protein and avoid having too many carbohydrates.

My holiday destination is a long way away in Saipan so the first few days will be spent travelling. I flew to Paris, Charles De Gaulle airport last night from London Heathrow airport. This evening I will be flying to South Korea and then on to Saipan which is my final destination.

The run-up to this trip has been less than ideal. There is always something about travelling that makes me want to do everything before I go away and my life seems to become more and more frenzied until the actual date of arrives. My diet and exercise finally fell by the wayside as I ran from pillar to post to try to fit it all in before leaving. To add insult to injury I don’t like packing so weeks ahead I started making up lists of things to take with me which included seriously important items like make-up, jewellery (albeit costume), beauty and bath products, work out gear, shoes and my travel attire. I am terrible at travelling light so I paid for an extra luggage allowance right off the bat as I did not want the drama that I experienced travelling back from Portland USA in December 2016 when my overstuffed case was damaged by handlers and split open. That is a story for another day.

On the morning of my day of travel, i.e. Friday 23 March, I decided I needed to go back the office to finish off a few things off and leave more detailed handover notes for colleagues. I then left work at 11 am promptly and went off to the Post Office to finalise my travel insurance. Then it was back home for a quick meal and final packing. I weighed all my cases and they were well under the luggage allowance which pleased me no end.

Feeling content that everything was under control I began telling bestie about my first trip to Paris in the spring of 1998. It was a coach trip and once it was booked I began packing with excitement. Each day I would put one item aside meaning that on the day of travel I was packed and ready with my case filled with little chic pieces. I had my Paris fashions on point. On arrival at Calais when we were asked for our passports however, I realised with an awful sense of foreboding that I had left my passport behind. The coach tour official guide gave me his passport and asked me to hold on to like all the other passengers. As everyone in the coach was holding up their burgundy British passports the same as me, the French official did not pick on me and we were allowed to travel on. On arrival in Paris, he took me to the police station to declare my passport missing and I used this piece of paper to gain access back into the UK. My first trip to Paris in the spring of 1998 was magical in all other aspects and lived up to every expectation that I had and I had made a friend too and kept in touch with him for a few years. I went on to travel to Paris a couple more times both by Eurostar but I never forgot the first trip.

My trip to Paris this time was to enable me to catch a flight from Charles Du Gaul Airport to Incheon, South Korea and then from South Korea to Saipan travelling over 3 days. I was happy that everything was packed away smartly and proud of the fact that I was able to make myself a healthy meal to eat straight away as well as a packed one for later to help me avoid eating dodgy airport food. Finally, with everything in place I set off with bestie to the Tube and we had only travelled one stop when I thought crossed my mind. I was pondering how things have changed with travel and how we longer receive our plane tickets in the post as in the old days. These days your plane ticket is attached to an email and it is up to you to ensure that you have enough charge on your phone or that you print off your ticket. I was so busy in the office and realised that I had forgotten to print off my ticket. Thank goodness that we input our passport details when buying tickets as that can be used instead of the ticket to enable the airline officials print off your boarding pass. It was then with an awful feeling that I realised that I had forgotten my passport. We jumped off the Tube and ran to the nearest minicab office to book a taxi to take us back home to collect my passport and then hopefully speed off in the opposite direction to Heathrow airport. The driver asked what time my flight was and when I explained that it would be about 6 pm, he said that he was confident that he could get me to the airport at 4.30 pm which although officially 30 minutes late for check-in would still leave me with enough time to complete the formalities. I had planned to have some food on the journey in but at this point was so stressed out that I had lost my appetite. I spent most of the journey looking for numbers and calling the agency who sold me the ticket, British Airways, and Asiana Airways. None of them had good news. The travel agency in effect said that if I missed the first flight I could in effect kiss goodbye to the ticket and my money. British Airways had no later flight and Asiana could not help either and referred me back to British Airways.

The phone calls were truly stressful and made no difference to the outcome so I decided to give up and try to “enjoy” the rest of the ride and keep myself as calm as possible. It was then I looked out of the window and noticed that we had just gone passed Hangar Lane and I cheered out loud. The driver said that he was confident that we would make it there by 4.30 pm and I would be fine and it felt like a mere few minutes later he was dropping us off. I thanked him from the bottom of my heart and sent him off with what I hoped was a generous and appreciative tip. Bestie and I then launched into the checking in process and in no time at all I was heading into customs and crying with relief that I had made the flight.

I know from experience that it is possible to miss flights while shilly-shallying around in the airport (Again, a story for another day) so my policy these days is to keep moving until I am sitting right at the departure gate. Once I am through security/customs I watch the screen for the flight and head straight to it. As I waited I watched other passengers queuing up for their flights and when there was no sign that we would be boarding ours I started to worry that something was wrong. It was then I got talking to another traveller who turned out to be an American former military pilot who said that he now flew cargo planes for a living. He said that as soon as he saw the pilots examining the aircraft and shaking their heads that our flight would be delayed. Then we had an announcement saying that our flight would be delayed as the engineers wanted to carry out work to the flight. We then had another announcement say that the engineers could not fix the defects so we would be moving to another aircraft. I was relieved that we were moving to another aircraft rather than telling the one in which defects that been found but it meant that we had a further delay and took off after 10 pm. The flight was short and I chatted politely with my new found American friend for most of the journey. He recommended Uber and I downloaded this while we were airborne.

On arrival at Charles De Gaul, I booked my Uber taxi to a hotel called citzenM. I can see why Uber is doing well. You are given the licence plate number of the car and get to see a photograph of the driver if they have uploaded one. The App also gives updates as the car makes its way to you. The journey was then painless and no cash exchanged hands. After the scary stories in the UK media about the predatory behaviour of some Uber drivers against women, I was sceptical and decided to hold off downloading the App. Based on my experience I plan to use Uber again.

With the benefit of hindsight, I think that a more seasoned traveller would have aimed to for a day of relaxation before the day of travel and would have put their travel insurance in place way before the date of departure. They probably would have aimed to arrive at Heathrow airport 2 hours before the conventional check out time. More shoulda woulda coulda after I have had some sleep in my lovely hotel room. 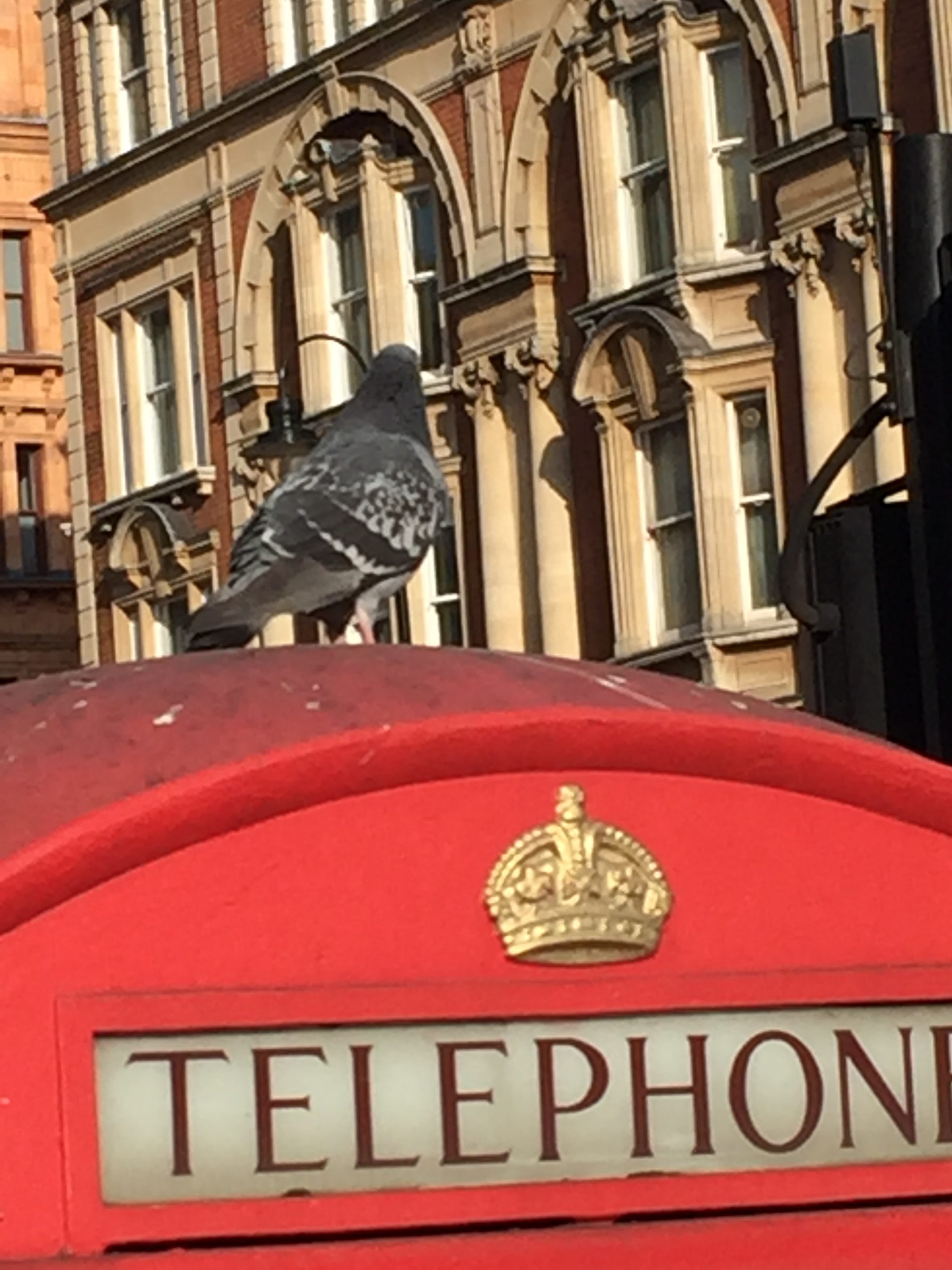 I could not help but watch this pigeon the day before I travelled as it looked completely relaxed on top of a phone box near the busy Brompton Road.