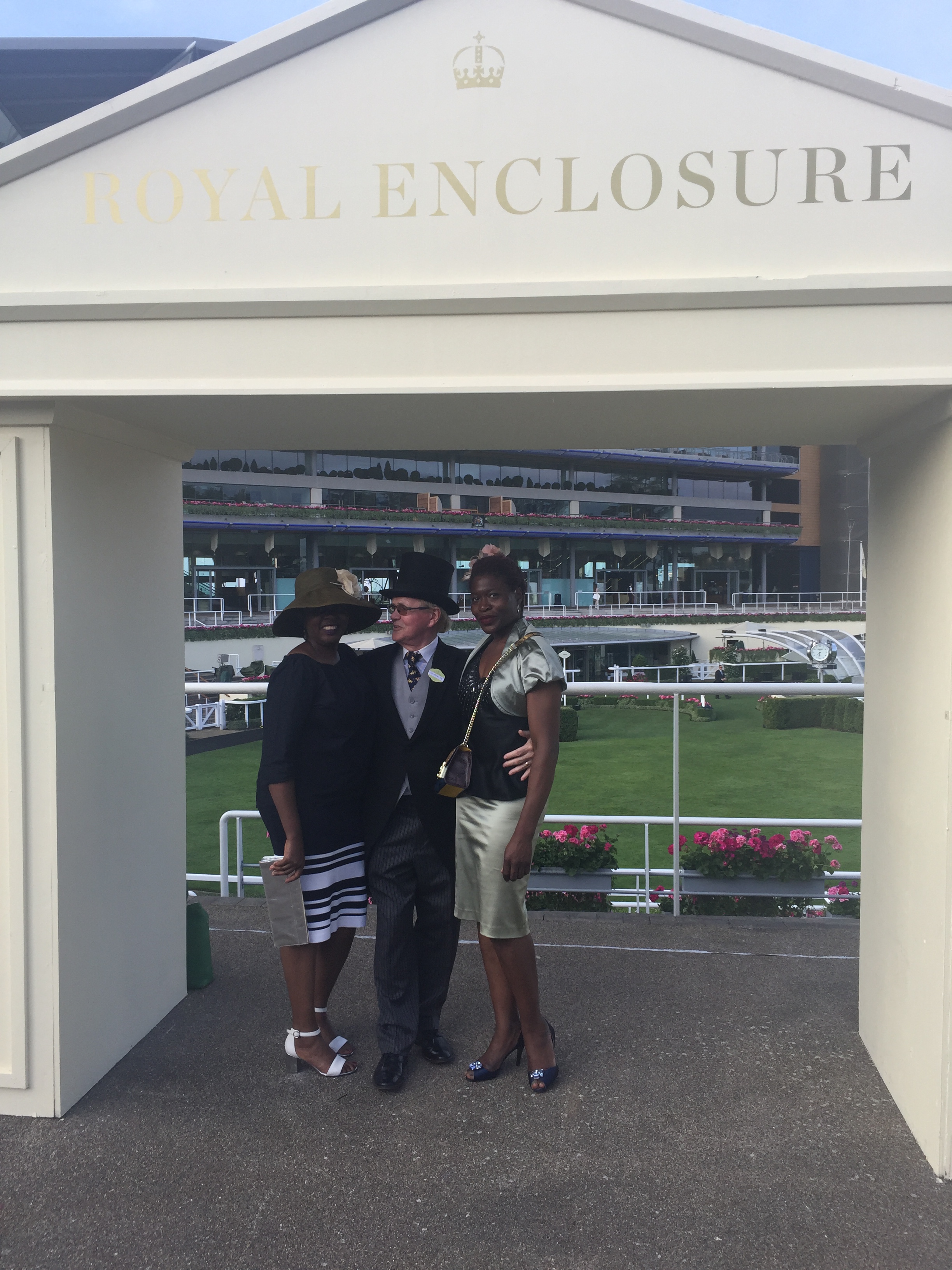 Not the girl with the pearl earring

Date: Today, Monday 3 July 2017 and I have decided to bring my scales out of semi-retirement.  The strategy to retire my scales so I avoid hopping on and off them too many times in between weighing myself has backfired spectacularly and I am nearly 20 lbs up and now weighing 178 lbs.  Yes, I am aware that this is a weight loss blog – the irony has not escaped me at all.

You see, I am getting better at deceiving myself when I gain weight.  It has been a gradual process since about Autumn of 2016.  First of all, I get very busy, then gradually my portions begin to slide.  There might be valiant attempts to get back on the wagon and in my case, on my return to UK, I planned to be more consistent with my exercise.  I had however missed all my favourite things to eat and from Christmas, my portion sizes began to creep up.  Not a problem I thought – I would be firmly back in the game come the New Year and to be fair I kind of was.  I also joined a little WhatsApp group so we could all 4 of us motivate each other.  That did not work and the group disbanded.  I ended one gym membership as I kept missing sessions.  No need to be a member of two gyms.  Gradually, I found I lost motivation to attend the second gym closer to my home.  One Saturday I managed to motivate myself to attend the gym.  On arrival, the door simply would not open no matter how many times I swiped my fob.  I was told that my membership had expired.  I think the man that attended to me expected me to take my turn in the queue and pay for renewal.  Instead, I tried very hard to hide the look of relief on my face, turned and walked back home where I think I had a duvet day watching recorded TV programs. It is fair to say that I have not been in the best state of mind.  I am good at managing my life in different compartments and escaping from one to the other when things get too stressful.  Round about the spring however, it felt like there was stress and pressure in all compartments, work, home and so on – particularly the and so on.  I don’t sit down and eat mounds of food when I am down or guzzle bars of chocolate.  What happens with me is that my portions start to creep up.  Two slices of bread when one would do; saying yes to things I would normally run a mile from.  The worst thing for me however is the lack of exercise.  I believe that I have one of those bodies that loves fat.  I find it very hard to lose weight and can gain weight at the drop of a hat.  Lack of exercise is terrible for me because I lose tone very quickly as well as put on weight.  The more I lose tone, the more weight I put on and so on  – I am sure you can see the picture. 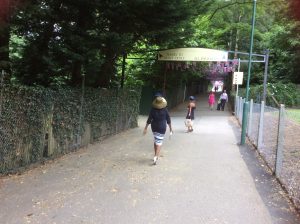 Anyway, like I said the self deception continued with me wearing more and more stretchy clothes but in the mad dash to get ready for Ascot it became really hard to not face the fact.  First of all I tried to have a traditional Nigerian outfit made for the event.  I was shocked at the numbers when I did my first fitting.  When it became apparent that the dressmaker was barely competent I began running around to find something else to wear.  I always part of the fun in going out is getting a nice outfit ready to wear and planning hair and makeup.  On the other hand running around in in a blind panic to find a decent outfit last minute is horrific.  A friend of mind tried to console me by saying that I was bound to have something good enough to wear in my wardrobe already.  I eventually found a suitable top and my stress levels came right down.  As it happens my friend was right and I had a fairly decent choice of clothes to wear.  I ended up wearing an outfit similar to what I would normally wear to work except for the hat.  Given the choice, I would have worn something else,   No, it was not my best look, but I had a great day and made good memories. 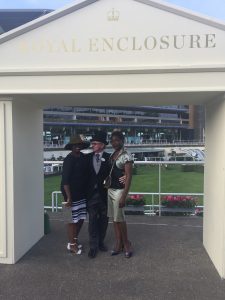 Enjoying the races with friends

More importantly, my head is back in the weight loss and fitness game and I am keen as ever to learn from my mistakes.  I do not have any big grand plan to shift the weight.  I tried to find a personal trainer that I could work with. I also tried to find a regular dance class that I could attend easily.  Those things have not been possible so far but I am enjoying moving my body whether dancing around the kitchen or going on long walks or jogs.  I am sad that the scales have gone in the wrong direction but I can honestly say that it has never occurred to me to give up.