Saturday at The Emirates Stadium 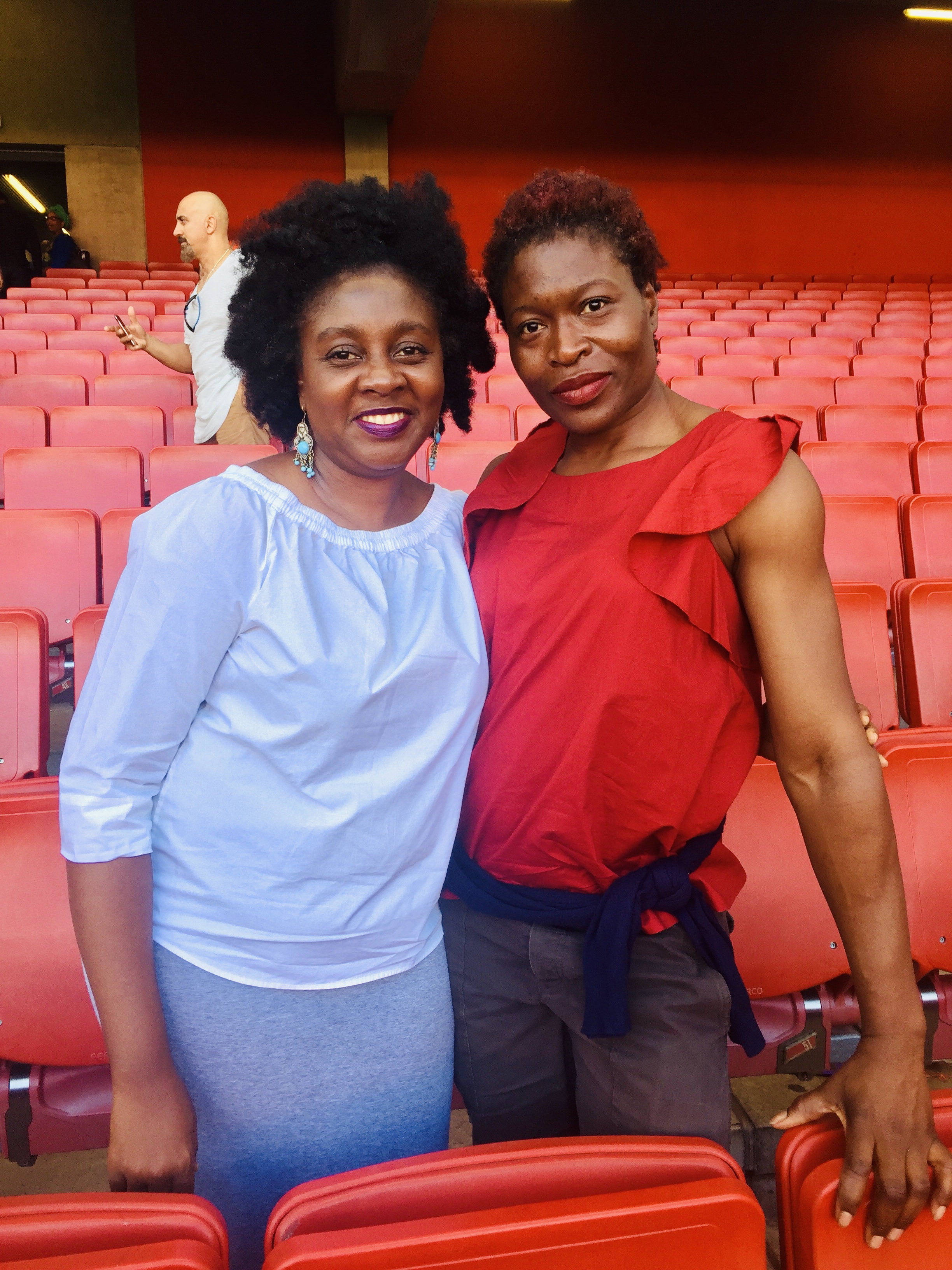 I have always wanted to visit the Emirates Stadium for a football match.  I am not into football at all except when Nigeria is playing a big game. I also support the England team but in some ways, this is worse than supporting Nigeria because they have the team organisation and resources but somehow don’t fulfil expectations for the most part.

However, my male relatives love football and Arsenal FC in particular.   My grandfather, Ignatius Obiamiwe, used to own a home in Finsbury Park and I gather that most of his sons including my father, Benedict, supported Arsenal and that referred to themselves as Gunners. Living close to the ground would have helped with match their attendance and possibly fueled their interest in the team and game generally.

I am so curious about the life my father and his siblings lived in the UK so a visit to the former family home and the football ground where they had so much fun was always on my bucket list. When I finally made it to our former family home by chance on a hot summer day in 2003, it was up for auction. I wanted to get a feel for their lives in London of the 1950s and 1960s so I don’t know whether seeing the interior in 2003 would have made a difference. i don’t think it did.

When my friend who is a devout Christian invited me to attend a big event that her church was hosting in Emirates stadium which is what Arsenal Football ground is now known as I decided to tag along.

I started jogging/running again which has, in turn, rekindled interest in my treadmill. Instead of sitting on the sofa watching TV, I could watch TV on a mobile device while on the treadmill. A sort of clever 2 for the price of 1 deal. I decided to make a start this Saturday. I was going to wake up really early and get in some cardio on the treadmill. I was going to be circumspect with my food choices at the event and I would drink lots of water and make myself proud. That was the plan .

There was a bit more to this restart. I might have mentioned this before so apologies if you have heard this before, but I signed up a competition I signed up for called 1,000 miles in 2017 organised via Facebook with the aim of running 1k miles by 31 December. A rough calculation showed that I I had only managed to log 200 miles 7 months into the year. As I was so far behind, I figured that by using my treadmill regularly, on the days that I cannot or don’t want to make it to the gym and the combination of run commuting to work and back, I would burn lots of calories, lose a lot of weight so that reach goal weight by the end of the year as well as complete the challenge.

My running these days compared to days gone by feels very much like wading in thick treacle. Most of the time I can never hit any sort of hit respectable speeds. By respectable speeds, I mean about 11 miles per hour which I think is the minimum speed to join a running club. These days on a good day I manage 8 mph and cannot sustain this for more than 15 minutes. This irritates me to the back teeth but I know that comparing my performance now to what it used to be in bygone years will always be a bit pointless exercise. What I need to do is find to get better utilising the body that I have right now. Easier said that done.

Still, on the upside, things could be worse and I could be prone on the sofa – so credit where credit is due – at least I am trying. One day soon, I am pretty sure I will find the magic balance between type of exercise, intensity and diet that works best for me. In the meantime, I am going to cut myself some slack as I keep on taking my baby steps towards my goal.